Market risks in the financial operations primarily comprise interest rate risk, currency risk and share price risk. The Board adopts policies that control this risk, for example, by setting limits that restrict risk levels. No positions are held in the trading book.

Most of the Group’s interest rate risks are structural and arise within the Group’s banking operations where fixed interest terms for assets and liabilities do not always coincide.

The Group endeavours to ensure sound matching between fixed and variable interest rates in its statement of financial position, and can relatively quickly mitigate interest rate rises by changing the terms of new loans.

Overall interest rate risk is deemed to be limited. This given the relatively high credit turnover rate and the fact that interest rates can be adjusted within two months according to credit agreements and applicable consumer credit legislation in several markets.

The financing via deposits at variable interest rates has a contractual and theoretical very short fixed interest term of only one day. The pattern, unlike the contractual, has historically been significantly longer than one day.

In legal terms, the Group’s interest rate risk associated with lending is limited since the majority of the interest rate terms are variable. In reality, however, it is not as easy for market reasons to fully offset a change in interest rates, and this may have an impact on net interest income, depending on the active position. Higher interest expenses can be countered promptly by amending the terms for new lending. In view of the relatively high credit turnover rate, overall interest rate risk is deemed limited. Most borrowers in the Payment Solutions segment are also able to switch between various partial payment options during the credit period.

Exchange-rate risk is the risk that the value of assets and liabilities, including derivatives, may vary due to exchange rate fluctuations or other relevant risk factors.

The vast majority of the Group’s exchange-rate risk is of a strategic and structural nature.
The Treasury Department manages the currency exposures arising in the operations by using currency hedges to reduce the net value of assets and liabilities (including derivatives) in one single currency. Derivatives in the operations are regulated via ISDA and CSA agreements.

Transactions in foreign branch offices are translated to SEK using the average exchange-rate during the period in which the income and expenses have occurred. Exchange-rate gains and losses arising on settlement of these transactions and from translation of foreign currency assets and liabilities using the closing rate are recognised through profit or loss. 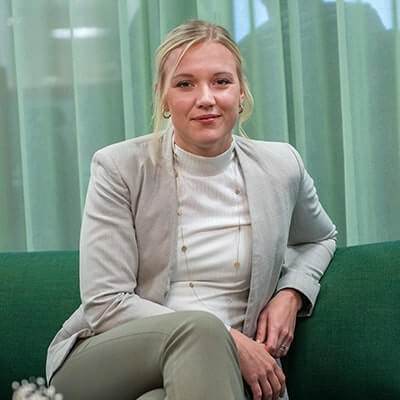